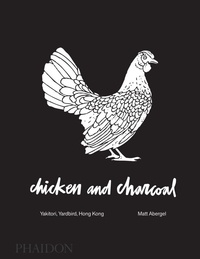 Matt Abergel, an authority on yakitori chicken, is the head chef of Hong Kong-based restaurants Yardbird and Ronin. Having worked at Masayoshi Takayama's Masa in New York and at Hong Kong's Zuma, Abergel opened Yardbird in 2011 and is due to open a sister restaurant, Birdyard, in Los Angeles in 2018.