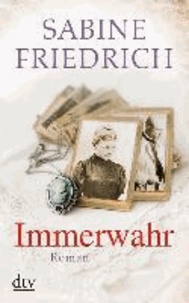 Clara Immerwahr (21 June 1870 - 2 May 1915) was a German chemist of Jewish descent. She was the first woman to be awarded a doctorate in chemistry in Germany, and is credited with being a pacifist as well as a women's rights activist. From 1901 until her suicide in 1915, she was married to the Nobel Prize-winning chemist Fritz Haber